Last week I was in Disney, and it was a very nice vacation. It was good to get away from everything for an entire week, although the trip was lacking in something originally planned and that was a slight downer for brief moments. I did however have multiple epiphanies while I was down there, and the day after I got back I made some changes. It can be summed up briefly with - thanks to some advice from a wise woman I realized it's time to drop the scruffy look. It's not good for the ego, it's not good for trying to date, and it's really just an excuse to be lazy. Granted I might end up dating someone who likes the scruffy look, but that's something that happens in a relationship. You never, ever start scruffy, a lesson I'd forgotten.

The results so far have been extremely pleasing; by most observations I've heard so far I dropped about ten years, and that by itself is a reward. I'm also walking taller - I don't think I realized how much I was slumping given the stress factors over the last few months. The upshot is that I'm remodeling myself as well as the house and it's just as much fun.

I like the haircut I got, I think it works rather well. 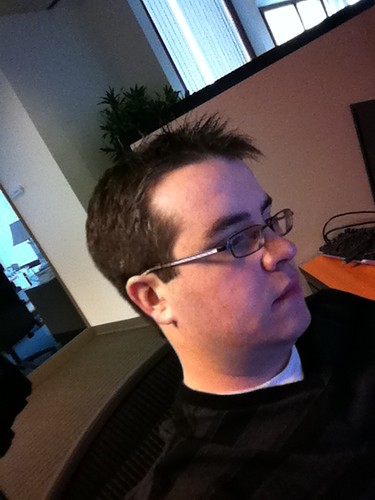 Some new clothes, a new jacket, a new watch, more of my favorite cologne I haven't worn in years, and some extended minor grooming have combined to make me feel a lot better about myself. Onward!
Collapse